“To protect human life” are the first words of the Arizona Department of Public Safety Mission Statement, and an important part of a trooper’s job, which they do with excellence and pride. 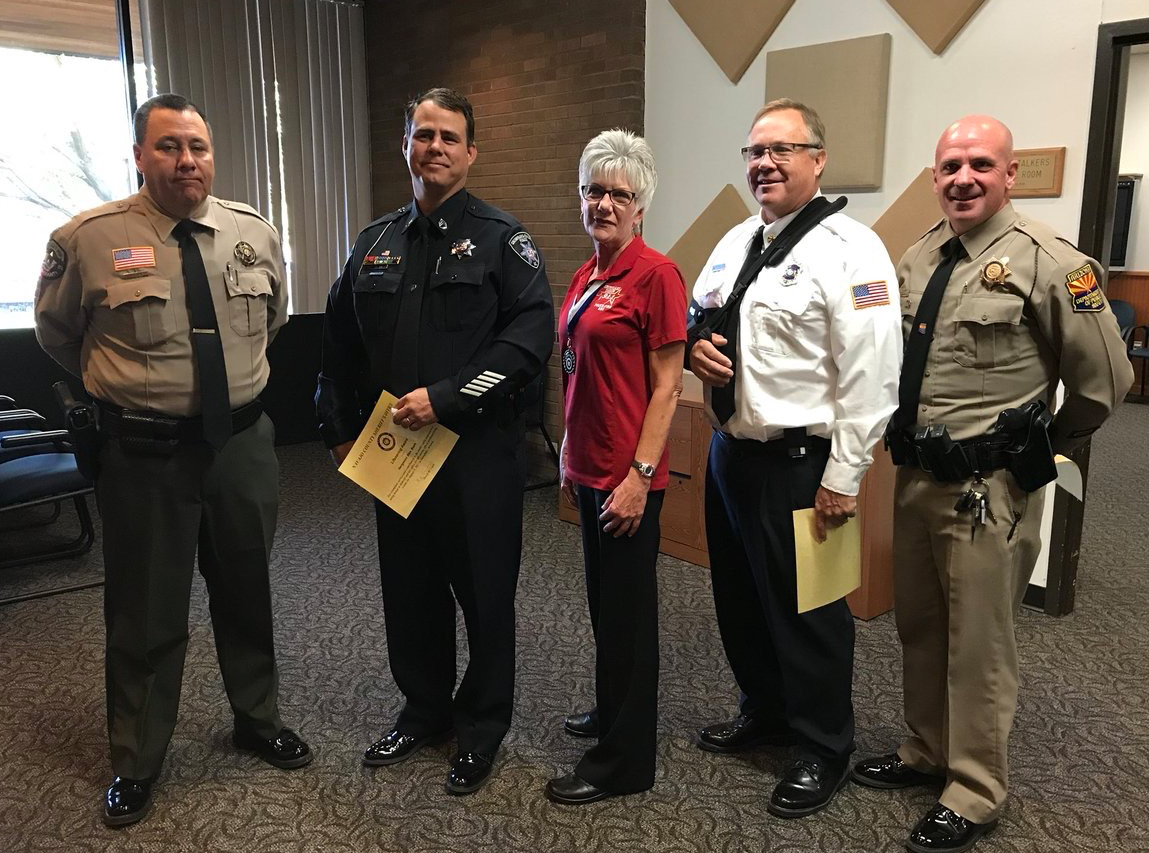 On August 5, 2017, Trooper Russell Sipes of District 3, was headed home at the end of his shift. He was driving south on State Route 77 when he saw a Snowflake/Taylor Police unit traveling north,

with lights and sirens on. When they met on the road, the police unit stopped and told Trooper Sipes about the call of a woman committing suicide in the Snowflake area. Trooper Sipes turned around and went to the residence with the police officer.

Once at the residence in Snowflake, Trooper Sipes located the injured woman and immediately began treating her, using his ankle IFAK (Infantry First Aid Kit).

A medical helicopter was requested but, after considering the woman suffered a huge loss of blood, it was felt that the time could not be spared waiting for the chopper. The victim was placed in an ambulance for transport. To allow the paramedics and EMT’s to continue treating the victim, Trooper Sipes drove the ambulance to the Summit Medical Center in Show Low. The victim was then transferred to the Banner University Medical Center in Phoenix, where she recovered from her self-inflicted wounds.

On October 10, 2017, along with the other emergency responders, Trooper Sipes was presented a “Lifesaving Award” from Sheriff KC Clark, Navajo County Sheriff. Sheriff Clark stated, “I would like to commend all First Responders…. there is no doubt that the heroic efforts made by all is the reason she (the victim) is still alive today”.