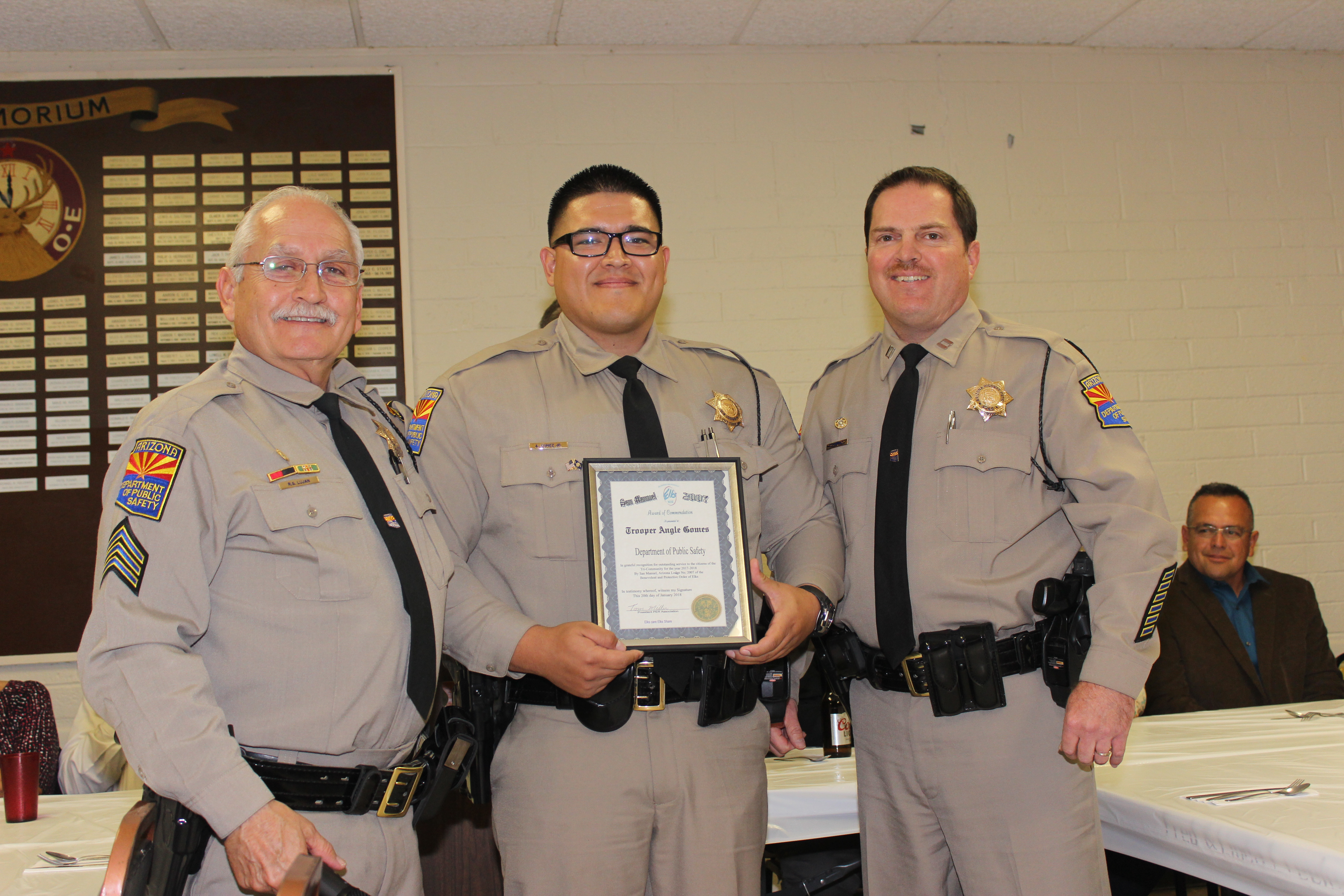 Trooper Gomez was awarded Trooper of the Year in that area for his outstanding dedication in protecting the citizens of Oracle and Arizona. During 2017, Trooper Gomez made 1,429 traffic stops, which was the most within all of District Six. Additionally,  he issued 611 hazardous citations, 56 restraint citations and made 20 arrests.

“Our ultimate goal in the Department of Public Safety is to reduce the loss of life,” DPS Captain Glen Swavely said. “The actions of Trooper Gomez and everybody in the Oracle squad has done a tremendous job in achieving that goal.”

The demonstrated professionalism and devotion to duty from Trooper Gomez, the Oracle squad and District Six, brings credit upon themselves, the Arizona Department of Public Safety and the State of Arizona.

Read the full story from CopperArea.com