AZDPS Joins the Arizona Cardinals in Saluting Our Armed Forces

Veterans Day is a day to honor and remember the veterans that have served in the United States military. Each year, the NFL and its 32 teams come together to honor and support members of the military as part of the NFL’s Salute to Service. The league’s year-round military appreciation efforts culminate in November with NFL Salute to Service games and other special events honoring veterans, active duty service members and their families. 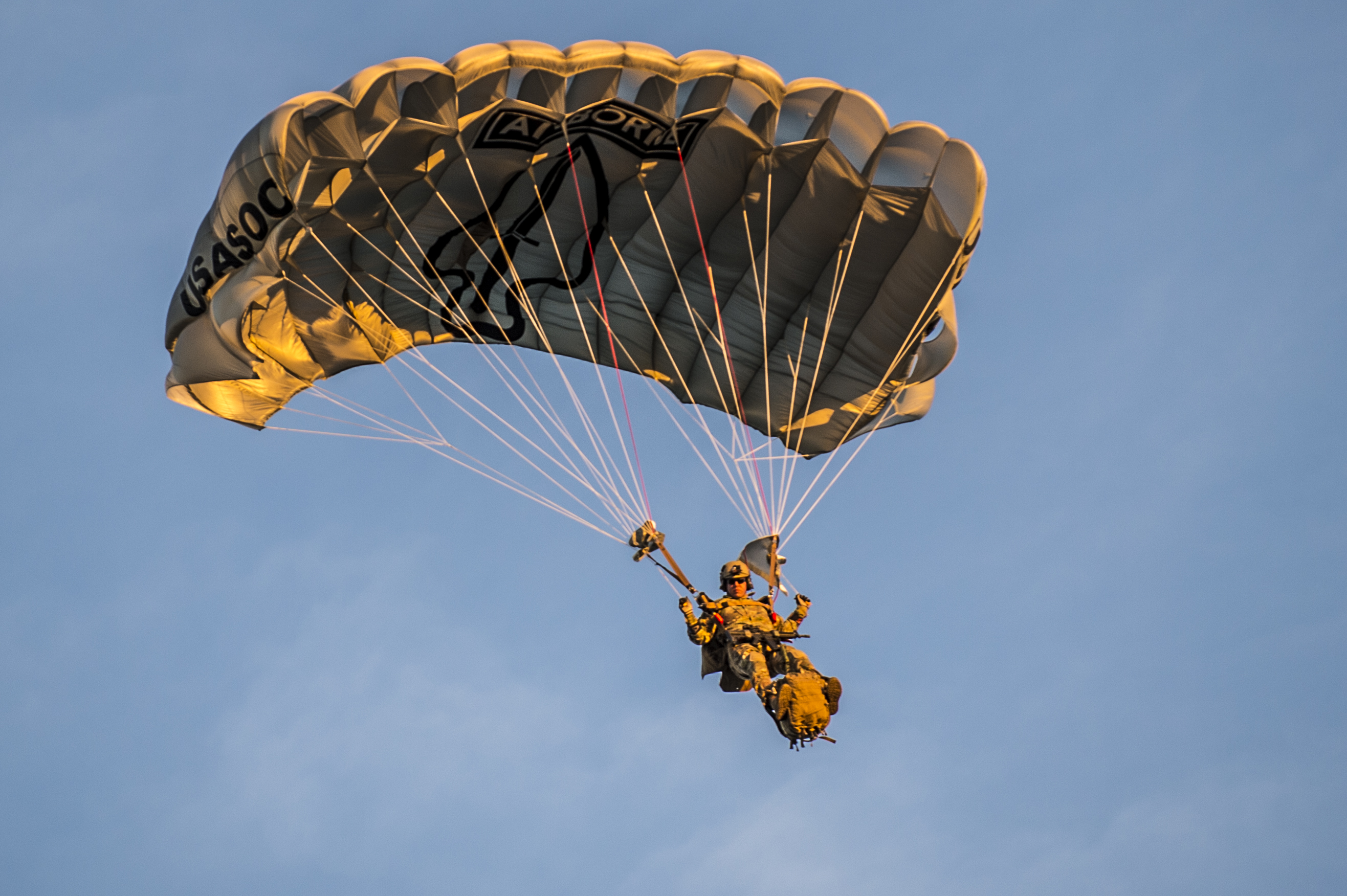 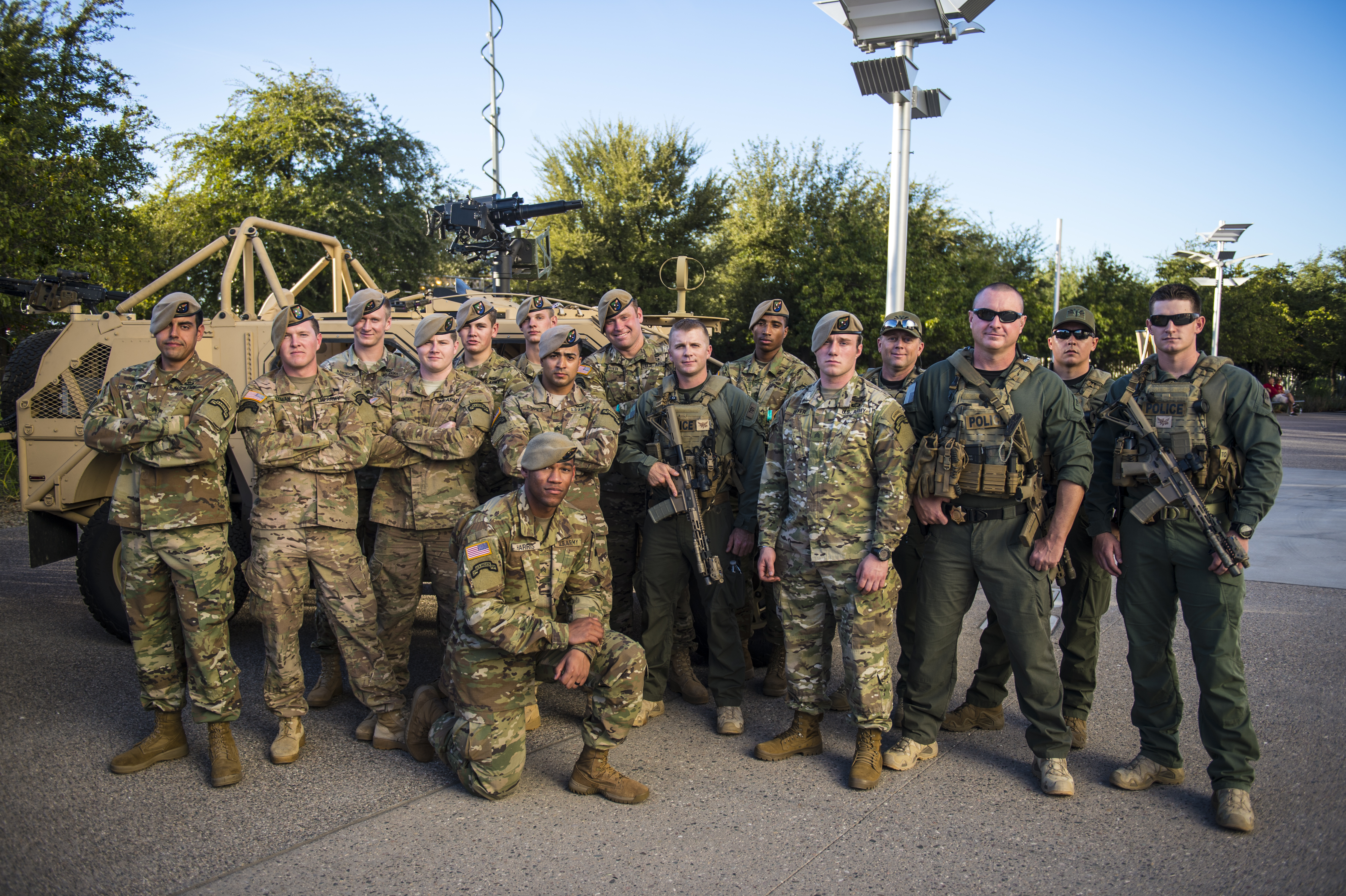 The Arizona Cardinals had the privilege of hosting the United States Armed Forces at their game on November 9, 2017 when they took on the Seattle Seahawks at University of Phoenix Stadium. Fans had the opportunity to meet with and thank these men and women, as well as watch while they performed demonstrations.  Demonstrations included a fast rope repel exercise performed by the 75th Ranger Regiment from a MH-6 helicopter, static aerial military displays and a skydive show performed by eight members of the U.S. Army Special Operations Command Black Daggers Parachute Demonstration Team. On display outside of the stadium were various static transport vehicles used by the U.S. Army Special Operations Command, including a Black Hawk helicopter, along with a variety of weaponry. 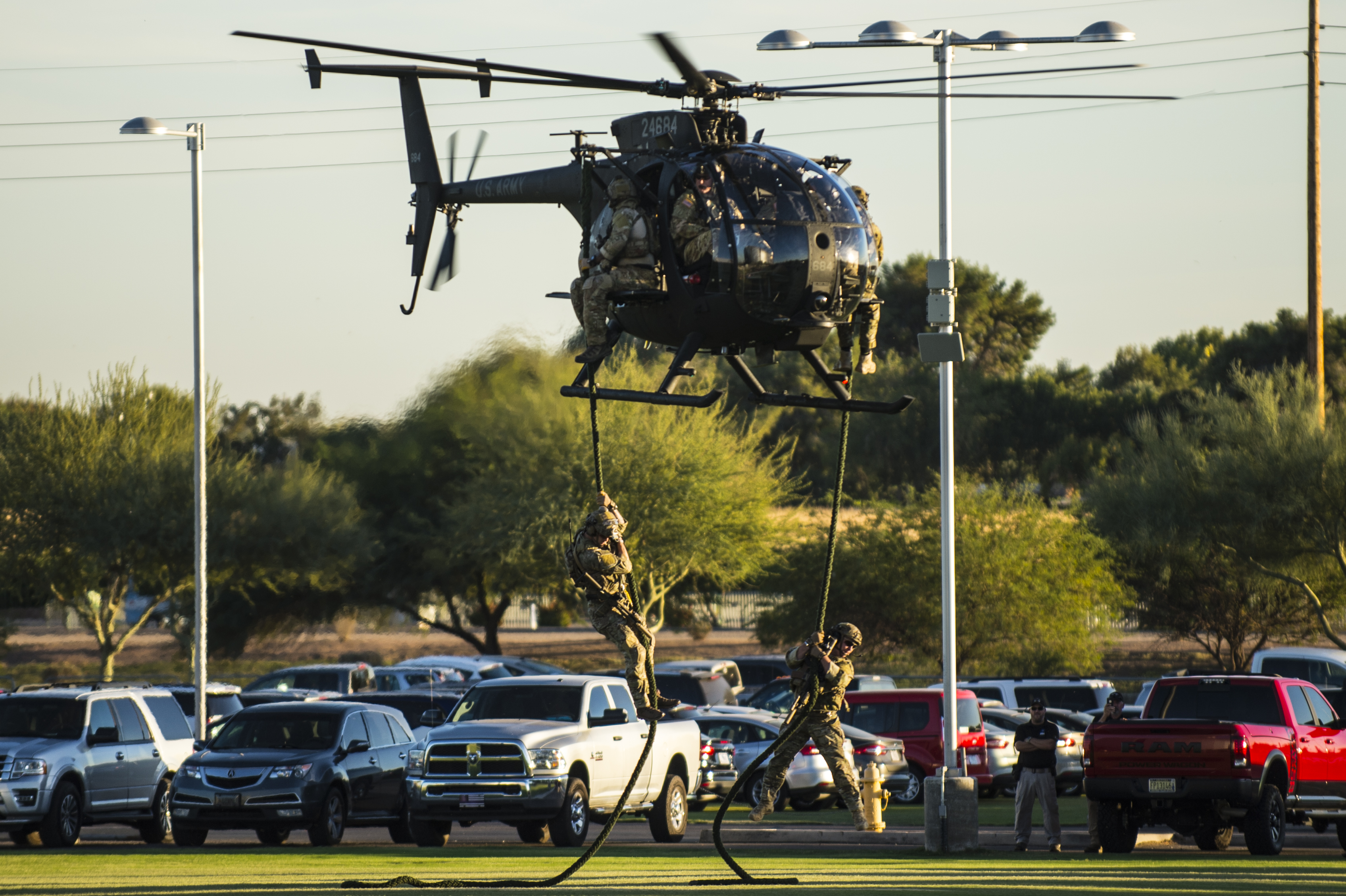 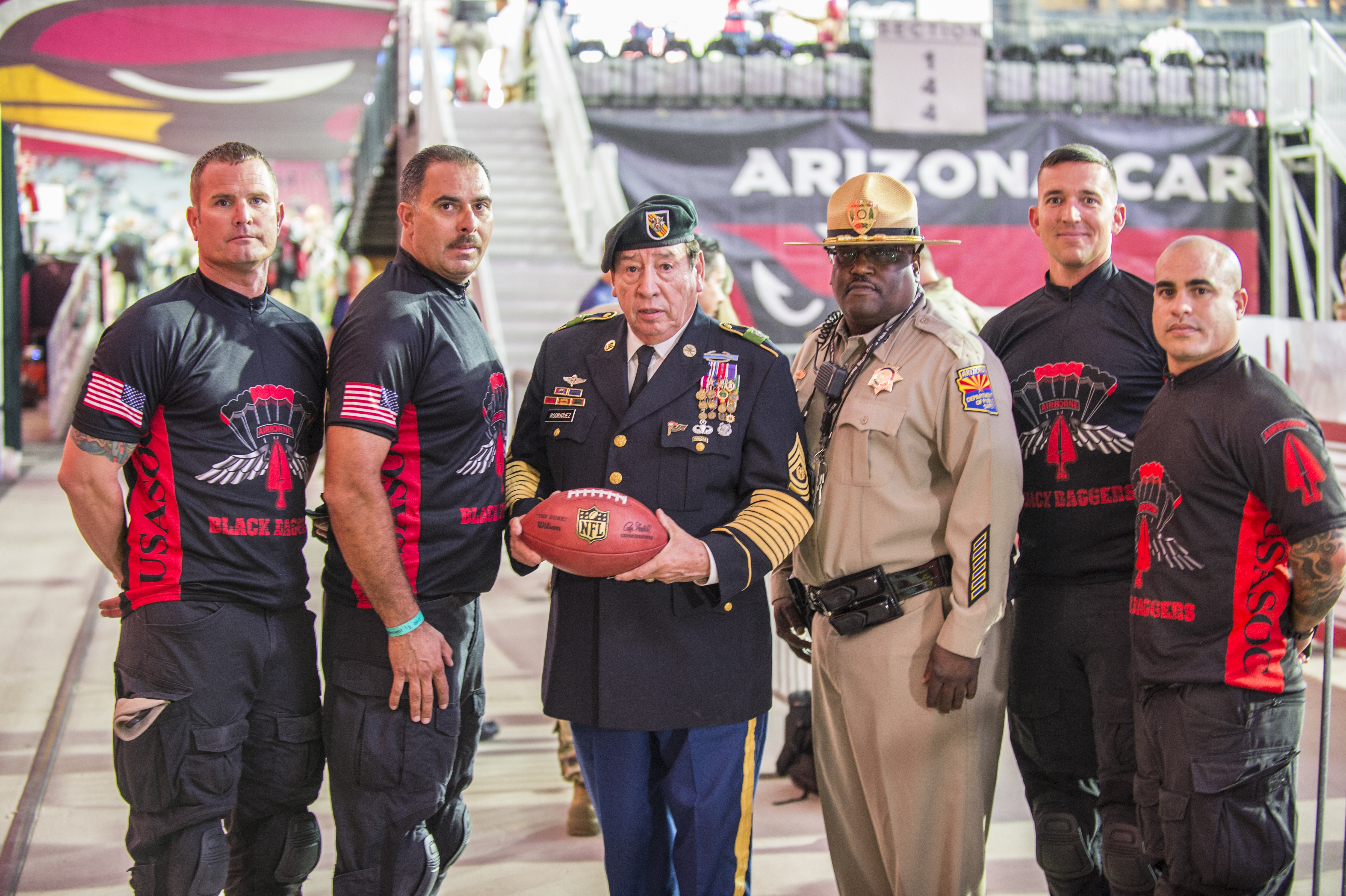 Cardinal players wore a #40 sticker on their helmet to honor former Cardinals Safety Pat Tillman who was a member of the 75th Ranger Regiment and killed in action in 2004. All of the proceeds from the NFL’s Salute to Service campaign are donated to the NFL’s three military appreciation nonprofit partners: USO, Pat Tillman Foundation and Wounded Warrior Project.

Members of the Arizona Department of Public Safety had the honor to stand alongside military members, while providing security during the game. On behalf of AZDPS, thank you to the brave men and women who fight for our country.